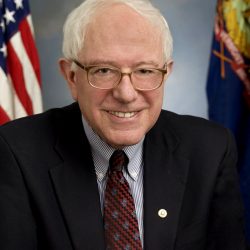 On March 2, 2017, Senator Bernie Sanders, I-Vt., introduced the Medical Innovation Prize Fund Act (S. 495), which would create an over $100 billion prize fund (set at 0.55-percent of the United States GDP) to reward medical innovation in lieu of the grant of monopolies on new drugs. This bill, which is substantively similar to various Read more about Sen. Sanders Introduces Medical Innovation Prize Fund Act[…]

In a policy statement on HIV AIDS and in a series of tweets, Senator Bernie Sanders reaffirmed his support of the delinkage of R&D costs from drug prices.       This is from Senator Sander’s campaign 2016 statement on “Working to Create an AIDS and HIV-Free Generation.” THE PRIZE PLAN FOR HIV/AIDS As president, Bernie will Read more about Senator Bernie Sanders Reaffirms Support for Delinkage[…]